LOS ANGELES: At the stroke of midnight on January 1, pot lovers in California may raise a joint, instead of a glass of champagne.

America’s wealthiest state is legalizing the growth, sale and consumption of recreational marijuana, opening the door to the world’s biggest market.

With authorities looking to cash in via heavy taxes, the stakes are high—and the Golden State’s so-called “green rush” will be watched closely. 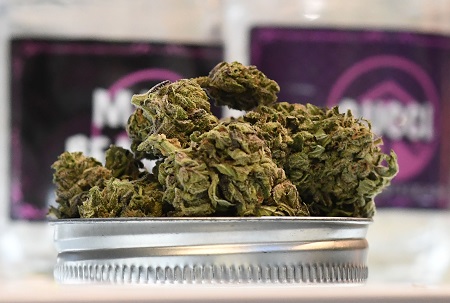 In California alone, the industry will be worth $5.8 billion in 2021, with almost three quarters of that from recreational use.

But 2018’s transition will not be automatic—or simple.

Although eight other states and the capital Washington have already legalized recreational marijuana use, none compare to the sheer size of California.

“The first year, two years are going to be a mess,” as cities determine their own regulations and supply and demand is established, predicts Arcview CEO Troy Dayton.

California already pioneered the legalization of medicinal cannabis in 1996, and approved the current law in 2016.

But the substance is still considered illegal under federal law, and the administration of President Donald Trump has been hostile on the issue.

According to the new law in California, anyone older than 21 can get up to 28.5 grams (one ounce) of cannabis without a prescription and grow up to six plants per residence.

It cannot be consumed in public places or while driving—nor can it be used within 1,000 feet (about 300 meters) of a school or other place for children.

The production, distribution and sale of marijuana also requires municipal and state permits.

Cities such as San Francisco, San Diego and San Jose have wasted no time, already issuing licenses to several dispensaries that can start selling recreational marijuana on Monday.

But in Los Angeles, there is a wait.

Seller Jerred Kiloh, who runs a thriving medical dispensary, will not be able to join the New Year’s party as authorities will only begin to accept applications on January 3.

On one December afternoon, Kiloh’s dispensary is full.

Leaving the shop, a man says “I love your store”—which has a distinctive smell and products ranging from cannabis flowers to creams, cakes and candies.

Kiloh, who has been in the industry for a decade, says his biggest concern is that while he is closed awaiting a license, hundreds of other shops will be operating without one— offering attractive prices and drawing customers away.

Dispensaries can be seen on every corner, but it is hard to know which ones are legal.

Kiloh—who is also an economist and president of plant-based therapeutics corporation United Cannabis—claims “about 80 percent of the industry that operates in Los Angeles right now operates without a permit and without paying taxes.”

He also estimates only 135 shops operate above board.

According to Arcview, the illegal market generated $5.1 billion in 2016.

Authorities in Los Angeles have said they are working on a plan to combat illicit drug trading.

For example, the police have the power to cut off electricity and water at illegal vendors.

Meanwhile, some projections estimate that costs could hike up to 70 percent—due to state tax set at 15 percent, 10 percent sales tax, and municipal taxes of up to 10 percent on top of that—as well as license requirements and required technology such as trackers for each plant.

“You could see some crazy fluctuation in price over the first year or two,” said Dayton.

Marijuana for medical use should become cheaper and available for purchase in more quantities.

Kiloh estimates that to meet current demand, “you’d probably have to have 10,000 licenses available right now” in California.

In neighboring Nevada in July, when recreational marijuana went on sale, emergency measures had to be implemented to allow distributors to meet the astronomical demand. AFP